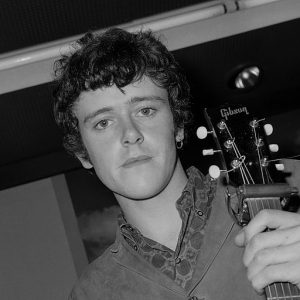 Folk singer Donovan Leitch of “Mellow Yellow” fame admits that he’s had a charmed life, but he wonders what it would’ve been like if he hadn’t been diagnosed with polio as a child. “I spent a lot of time in bed after having polio while my dad read poetry to me,” said Leitch, who’s now 70 years old. He recalls that he contracted polio while growing up in Glasgow, a city left destroyed after WWII. Leitch recalls playing in open sewers with his friends, and contracted the disease before the lifesaving vaccination made it to Scotland. As a child, he underwent surgery to help prevent the development of clubfoot, which resulted in one leg growing thinner and shorter than the other. Despite this setback, Leitch says he was able to swim and run long distances, and by his teenage years he picked up his first guitar. “Luckily in the music industry, everyone was only interested in my singing and playing and not the size of my legs,” he said.

For the full article, visit Express.co.uk.