Spencer Trask & Co., a privately held business and technology development firm, today announced it will again join UNICEF and the Bill & Melinda Gates Foundation as a sponsor of World Polio Day on Oct. 24, 2017. This is the fifth year of the event hosted by Rotary International.

The global shift to using Salk’s polio vaccine in finalizing the eradication of polio.  See our World News page for more details. 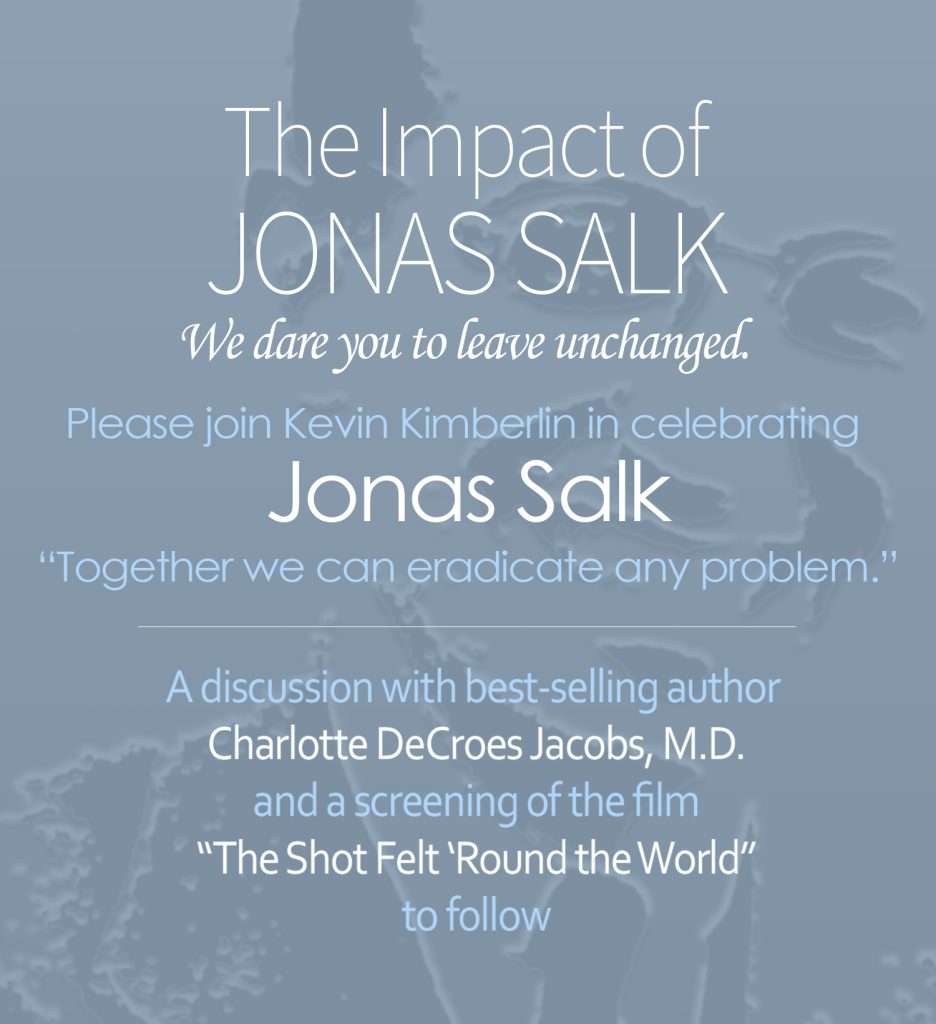 You are invited to celebrate the imminent end of one of the most-feared diseases in history. Thanks to the Jonas Salk vaccine, polio will be gone forever.

EVENT DETAILS
1) Meet the author of the definitive biography on medical hero, Dr. Jonas Salk.
2) See a documentary on his polio breakthrough.
3) Discuss the upcoming historic victory over polio.

THE NEWS
Jonas Salk’s vaccine will finish off polio. By December 2015, every nation in the world will be using, or has committed to use the Salk vaccine to eliminate polio.

WHAT’S THE BIG DEAL?
First, consider the impact: Bill Gates has called polio eradication “a chance at one of the greatest successes of mankind.” That’s why he made it the number one priority of The Bill and Melinda Gates Foundation.

Second, many people pitched in: From the day Dr. Salk started on the eradication campaign, over 100 million people have supported this effort. It has been called the largest-ever peacetime mobilization for any cause.

Third, how often does every country agree on anything? While I think the Salk story is important in its own right, how all nations have come together offers insight into how we might solve other global problems.

MEET THE AUTHOR
To give you the complete picture, I want to introduce you to Charlotte DeCroes Jacobs, M.D., the author of Jonas Salk: A Life. In this definitive biography, she offers a riveting picture of how he changed the world. His courage, compassion, genius and weaknesses are all detailed, as is his astounding resilience.

Jacobs writes that Jonas Salk ranked with Gandhi and Churchill on lists of the world’s most revered people. She will discuss what earned him such acclaim — and such an inordinate amount of controversy. He was, at the same time, “one of the greatest and least understood figures of the 20th century.”

SEE THE DRAMA
The event will also feature “The Shot Felt ‘Round the World,” a just-released documentary that shows Jonas Salk in action. This award-winning film splices rare footage with interviews of those who witnessed the Salk vaccine field trial on 1.8 million children– the largest clinical trial ever conducted.

Now Salk’s vaccine will conclude its mission to make the world a safer place. When completed, no mother will ever worry, no child will ever suffer, from what was once this most feared, crippling and often fatal disease. The World Health Organization announcement of the polio end-game is a major vindication for Dr. Salk…and a major win for global health.

It is our hope that lessons from this humanitarian victory might apply to solving other difficult challenges ahead.

Charlotte D. Jacobs, M.D. is the Ben and A. Jess Shenson Professor of Medicine (Emerita) at Stanford University. A native of Kingsport, Tennessee, she graduated from the University of Rochester and studied medicine at Washington University in St. Louis. As a professor at Stanford University, she engaged in teaching, cancer research, and patient care. She has served as Senior Associate Dean and as Director of the Clinical Cancer Center. Her academic honors include election to Phi Beta Kappa, Kaiser Foundation Award for Innovative and Outstanding Contributions to Medical Education, Rambar Award for Excellence in Clinical Care, and the Distinguished Alumni Award from Washington University. She has published ninety scientific articles and three books which reflect her cancer and medical education research. She currently cares for veterans with cancer at the Palo Alto Veterans Medical Center. Professional CV.

Click to learn more about Kevin Kimberlin and Beyond Polio.