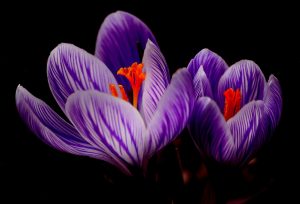 One park in Middlesbrough, a town in northeastern England, is taking a unique approach when it comes to the battle against polio. Stewart Park has launched a campaign entitled Purple 4 Polio that will result in the planting of 5,000 purple crocuses in the park. Several elementary schools and members of the nonprofit Friends of Stewart Park have joined forces with the Rotary Club of Cleveland to plant the flowering plants, which are a member of the iris family. In addition, Rotary International in Great Britain and Ireland have partnered with the Royal Horticultural Society to raise polio awareness by planting six million purple crocus in the United Kingdom. “We felt that Stewart Park would be the perfect backdrop for a mass crocus planting scheme, ensuring a visible reminder of Rotary’s commitment for many years to come,” says John Cundall of the Rotary Club of Cleveland.

For the full article, visit TheNorthernEcho.co.uk.