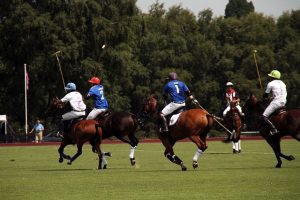 Helen Ryan, retired principal of Hilton Head Island High School, and Brian Julius of Hilton Head each have their own harrowing experiences of life with polio. Both are Rotarians focused on ridding the planet of the debilitating disease.

In 1988, when Rotary International and the World Health Organization formed the Global Polio Eradication Initiative, there were 350,000 polio cases worldwide. Since then, Beaufort County Rotarians have raised money towards polio eradication including polo matches, a “Heel to Toe for Polio” beach walk, and a mere week long construction of a home on Hilton Head, which they then raffled for the Polio Plus funding campaign.

On October 24th, World Polio Day 2017, the Northridge Cinema 10 will donate a portion of proceeds from concessions during “Breathe” showings to Rotary International. Rotary will need $1.5 billion in order to monitor worldwide, and to mark three years, back to back, of zero polio cases, which is what’s needed in order for polio to be considered eradicated.

For the full article, read more at IslandPacket.com.