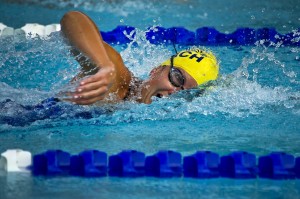 Members of a Rotary Club in North Carolina are banding together to raise money for polio awareness by swimming laps as part of a fundraiser this weekend. The three-hour event, which will be held February 21 at the West Cabarrus YMCA pool in Concord, North Carolina, is part of Rotary International’s End Polio Now initiative, whose mission is to raise awareness of the disease and stop it in its tracks.

Rotary International has been an active participant in the fight to end polio since 1979, when it began vaccinating children in the Philippines. In the decades since, the organization has helped immunize approximately 2.5 billion children around the world across 122 countries. The swimming fundraiser is just one of the non-profit’s latest initiatives. For every dollar that’s raised at the event, the Bill & Melinda Gates Foundation will double it.

For the full article, visit IndependentTribune.com.